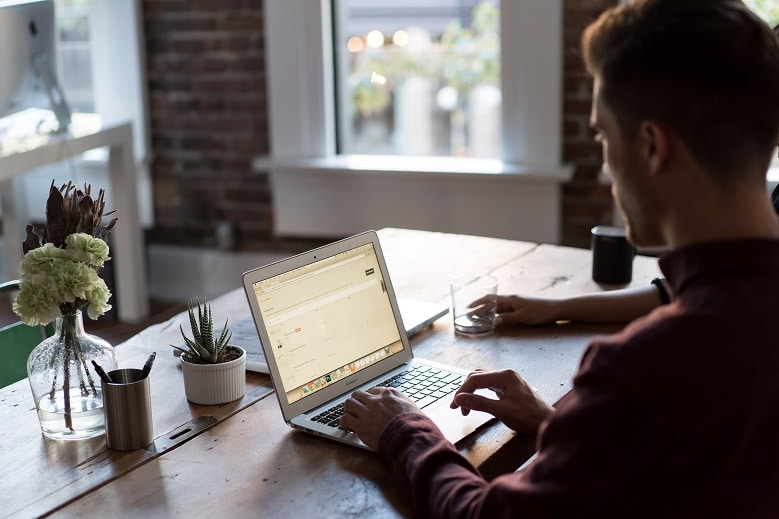 There are many different VPN providers available for Canadians.

Some will log certain meta-data, while others have no-data policies.

The best ones will charge a monthly fee in order to use their services, however, users are paying for the safety and security of a trusted network.

A few highly rated options include:

NordVPN offers next generation encryption to protect your data from hackers.

It offers a strict no-logs policy so users can be assured their data is never monitored, recorded or stored and they won’t pass information to third parties.

The solution also works on all devices (iOS, Windows, Linux, Android and more) and offers 24/7 support if you ever need assistance.

Express VPN hides your IP and encrypts your data to protect you when you are online.

A single subscription will also cover all of your devices as the VPN is compatible with everything from iOS to Android.

The best part: all of their servers offer unlimited bandwidth and ultra-fast speeds.

Surf Shark offers a smaller network than other VPNs, however, has been one of the best rated VPNs.

It’s much less expensive than many of its main competitors and pays careful attention to preventing malware and phishing attempts.

It also has a handy whitelisting feature that lets selected apps or websites bypass the VPN to make tasks like banking easier.

This VPN delivers military grade encryption and was voted the World’s fastest VPN in 2020.

Hotspot Shield allows users to hide the IP address and encrypt their web data while promising not to log what you do online.

It also offers a one-click on/off button to allow you to hop from regular usage to VPN usage with ease.

Cyber Ghost’s VPN has been around for well over a decade (15 years and counting) and has a no-log policy that protects your digital identity by hiding your IP and preventing the collection of your data.

The IPVanish VPN guarantees zero traffic logs to give users peace of mind about their security.

They promise unthrottled speed and 250GB of encrypted storage and backup capabilities.

It’s features on offer include:

What exactly is a VPN?

VPN, short for Virtual Private Network, is a connection that allows users to create a secure connection to a network over the internet and shield a user’s browsing activity.

Originally, VPNs were created for business networks to allow employees to connect securely over the internet from outside of the office.

Recently, VPNs have started to become a necessity as more and more people find themselves surfing the web across unsecured public networks (like those of us who check out Facebook at Starbucks, or surf the web while waiting for our connecting flight at the airport).

While having access to WiFi in public places is great, the way the internet is made available to everyone is largely unprotected.

Users gain access but make themselves vulnerable to hackers or other entities that can monitor activities on their ISPs.

Why Would I Need a VPN?

The biggest reason users consider investing in a VPN is due to privacy concerns.

Unprotected users are particularly vulnerable on public WiFi, and these days public availability to the internet is rampant.

Most malls, coffee shops, airports, and commercial buildings have some form of public WiFi service that is easy to jump onto.

There’s an added layer of security when using a VPN.

Canadians who use VPNs can hide their IP address, to prevent them from being traced and a VPN helps keep online activities anonymous.

No need to worry about ads following you around the internet!

Brands and marketing firms will no longer be able to track you and gather information about your usage habits, allowing you to completely control your personal data.

Are VPNs Legal In Canada?

While some countries (like China, for example), have laws in place that make it illegal to use a VPN, Canada is not one of them.

In every province and territory, it’s 100% legal to use a VPN so you don’t have to worry about breaking any laws by signing up for a VPN.

As mentioned, VPNs are used for a variety of reasons, and most of them aren’t nefarious.

That said, what happens while using a VPN is your responsibility, and if you get caught breaking the law or using a VPN for illegal activities, you will still be charged for whatever law you’re in violation of.

What Makes a Good VPN

Not all VPNs are made equal.

When shopping around for a VPN, there are a few aspects of the solution you should consider, including:

Reliable VPNs are ones that don’t drop their connections.

This is important for a number of reasons, but most of all for security purposes.

If your VPN connection drops, you become unprotected and visible to hackers, making you vulnerable to attacks.

Nobody should have to become a tech expert to be able to use a VPN.

Good VPNs don’t compromise on the user experience and make it easy for anyone to navigate.

If you can’t get what you want out of your VPN in a few minutes, it may not be worth the price of admission.

Your privacy is important, so it’s crucial to look for a VPN technology with reliable encryption.

Reliable VPNs will send your traffic through many servers – not just one.

This is particularly vital in cases where you expect a high amount of anonymity.

Look for a VPN that offers you a variety of encryption modes to get the most bang for your buck.

The better VPNs focus on speed.

It’s important to have a dedicated IP address when using a VPN.

If you want to ensure you’re getting the most out of accessibility and security, you need a VPN that gives you a static IP.

Are Free VPN Providers Worth the Risk?

Many companies will try to lure in new users by offering “free” VPN services, but don’t believe the hype.

While a free VPN may sound enticing, there are a lot of downsides.

Compromising Your Security
When the primary purpose of having a VPN is to feel secure, it seems counter-intuitive that a VPN would actually put you at risk.

However, many free VPNs actually contain malware – making them a huge security risk in and of themselves.

Charging Users Hidden Fees
“Free” is never really free on most VPNs that promise not to charge their customers money.

Instead, they hide fees and try cleaver maneuvers like limiting the amount of data usage, ultimately forcing users to pay for their services anyway.

Tracking a User’s Online Activity and Ads
One of the most popular reasons for using a VPN is to protect a user’s privacy.

However, many free VPNs actually end up tracking their users in order to gather and sell information about their online activity.

It ultimately makes it easier for marketers to target you with ads, and free VPNs make their money by selling your information to the highest bidder.

At the end of the day, “free” doesn’t come cheap with VPNs, and those that are offering you a free service are still making money off of you, one way or another.

At the end of the day, if you’re looking for a VPN in Canada, you have plenty of reliable options.

Investing in a VPN will protect you from prying brands and also provide peace of mind that your privacy is not getting compromised.

That said, a VPN isn’t something you necessarily want to cheap out on.

The options above can keep you safe while not throttling your bandwidth or selling your data.

You’ll feel safer and ultimately enjoy the experience so much more.

Nicole is a digital nomad who calls Toronto home but finds herself elsewhere most of the time. She works with startups and tech firms around the world to help them develop and implement integrated marketing and social media strategies. She also writes.