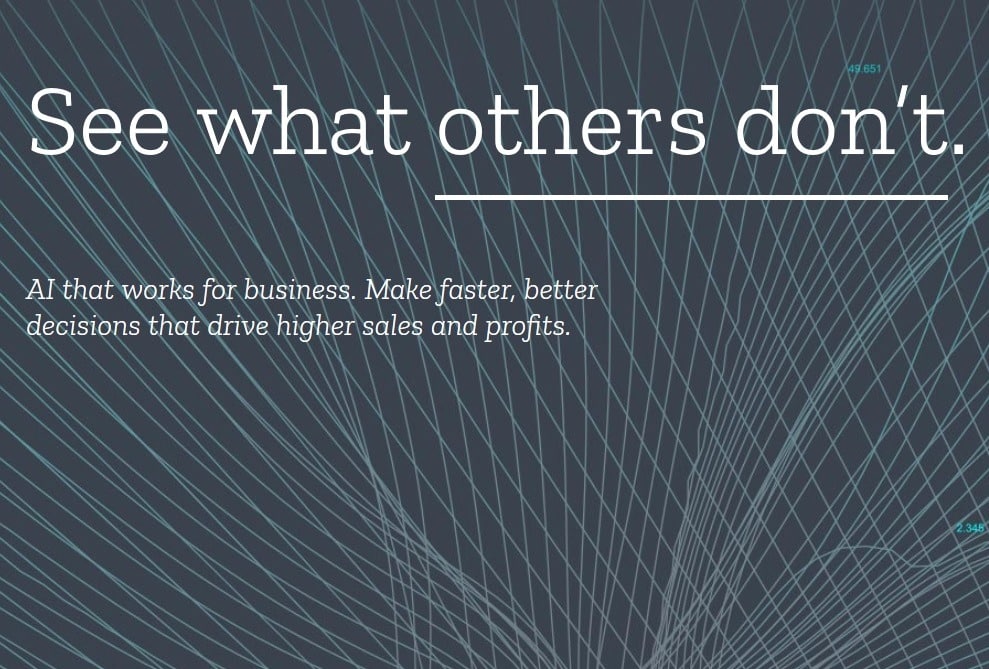 Making decisions in complex, data-driven businesses is difficult, if not impossible. Despite the huge advances in analytical capabilities, multi-dimensional data companies such as insurance organizations and retailers have so many moving parts that some analysis just can’t be done.

Speaking with Tech Daily, CEO Gary Saarenvirta explained how the technology works and how he plans on democratizing access to AI so that anyone can use it. Further, he explains how Daisy Intelligence hopes to bring stock market-style analytics to the retail business world.

When you file an insurance claim, a lot of data is collected. There’s information about the claim itself – for example, vehicle damage in a car crash. Then there’s the estimated amount of money needed for repairs or replacements compared to the maximum benefits in your insurance plan. After that, adjusters need to analyze based on their notes whether the plan should pay out or not, which requires comparing the damage assessment to the terms and conditions of your plan.

While this data analysis can be done, it’s inefficient and time consuming at best. At worst, it can cost all parties both time and money.

An insurance company may end up paying millions of dollars for an army of consultants to manually analyze millions of data points, coming up with suggested trend analysis. But even this approach is limited, as current consultant tools like excel simply can’t crunch every data point. There are just too many. What’s more, this analysis can take months, costing the company in the meantime.

A similar challenge happens for retailers, whose data on supply, demand, geography, and more can easily hit the millions of data points.

For Daisy Intelligence, this is where AI comes in.

“We help our clients make smarter decisions for very complex processes that are beyond human capability,” said Saarenvirta. “We have an autonomous software… our vision is that, for a lot of business processes, there’ll be no human in the loop.”

A human in charge, but not in the loop

Saarenvirta’s bold claim of having no human in the loop sounds like it’s playing right into a major concern of AI – that it will replace too many jobs and put a portion of the world’s population out of work. More specifically, it will eliminate minimum wage jobs and a lot of manual labour, which is how much of the world’s employees make their money right now.

Saarenvirta responds to this concern not by saying it’s incorrect, per se, but by saying it’s not the whole story. It’s true that AI will replace some manual jobs, but Saarenvirta is more concerned about using AI to solve problems humans can’t currently solve, such as data analysis with millions of data points at once. In building the Daisy Intelligence platform, Saarenvirta paid attention to usability as much as functionality. While the platform will be doing all of the analytical work, it only does what humans tell it to. In short: the humans are in charge, just not in the work loop.

“We’re going to elevate the role of the human being,” said Saarenvirta. “Let’s say you’re the products merchant for a grocer, and every week you have to pick six items to promote on the flyer, 20 to do in store, [and] five on the e-commerce site, week after week. It’s a mind-numbing job. So if a computer can do that, who’s the boss of the AI? Well, it’s the human being. They provide the oversight. They set the rules [and] the strategy that the AI has to operate within.”

Within these rules, though, is a platform that people can be trained on. Saarenvirta’s goal is to develop Daisy Intelligence’s client-facing platform into one that any employee can become the boss of, truly achieving his goal of ‘elevating the role of the human being.’

While the platform shows promise – and investors clearly back it – many say there’s no precedent for this kind of technological takeover. Even with humans in charge, nearly every business process in the world has a human in the actual work loop. Technology aids the worker, but does not do the work. Saarenvirta responds to this by saying you only need to look one place to see that this is possible: the stock market.

“The stock market is a good proxy for what’s going to happen for all the types of processes that we work in,” said Saarenvirta. “It used to be buyers and sellers – humans interacting and trading. And now it’s largely computer trading with human oversight. So we see merchandise planning is a similar environment: buyers and sellers, CPGs, retailers and insurance fraud detection with a human looking at fraud investigations. All of this is going to go, we believe, to this computer model with human oversight.”