How one video game helps people learn about mental health 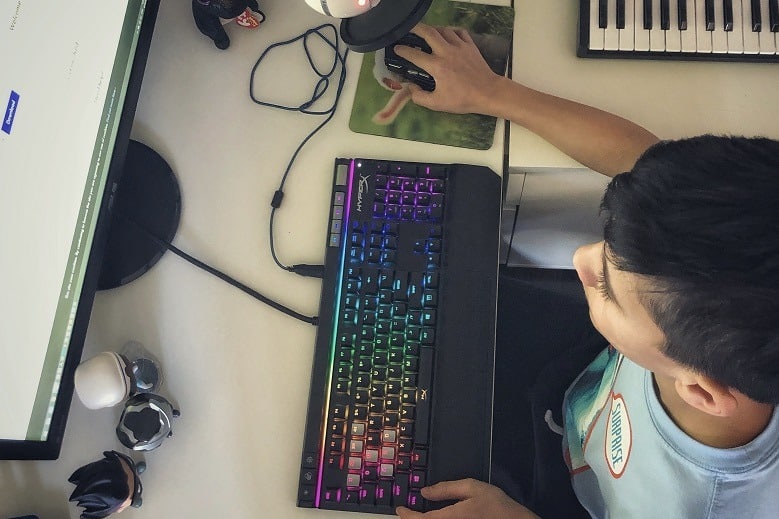 When their father died, Paula Toledo didn’t want to lie about what happened to her kids. Despite her son Luke not even being 10 years old, she explained what suicide was and why he wouldn’t get to see his dad again. A big believer in using play to cement lessons and help people learn, Toledo played with Luke and used games as a way to help him learn about suicide, process the loss of his father, and process his own challenges and issues with what happened.

Now, Luke is turning 12. His questions are getting more mature and he’s naturally pulling away from his mom to spend more time with his friends. In school, he learned to code as part of a science and tech education, a skill set he took to build an online game to teach people about depression, mental illness, and suicide.

A mission to help kids learn

Roblox’s mission is to bring the world together through play, said Tami Bhaumik, VP of marketing at Roblox. Our founder wanted to teach kids about physics engines.

The user-generated gaming platform already sees 1 billion hours of engagement per month from over 90 million monthly active users, a huge feat they’ve accomplished mostly in the past few years. With Luke’s Roblox game, players get to not only enjoy the challenges of the game, but they get to learn about mental health.

Using the classic obstacle jumping format, something Bhaumik says is common for creators on Roblox, you begin hopping through a series of greyish blocks, the monotone hue intended to visually signal mental illness or distress. After jumping over a certain number of obstacles, you get a tidbit about mental health or depression. Over time, the blocks change colours, signifying gaining resilience and health.

As the game goes on, the obstacles continue and so do the lessons, leading to a digital playground where you can try new things, jump around for fun, and enjoy yourself.

“There’s a playground on the side,” explained Toledo. “When finished the obstacle course you can go play. He [Luke] wants to make it so they [players] get points when they protect their mental well-being.”

Toledo is particularly proud of the fact that Luke built the game by himself, something she noted stems from his natural curiosity.

“He already had some experience on the coding side – he built two video games at school,” she said.

Because he built it himself, he not only has the opportunity to take pride in his creation but invite others in as well. Toledo shared a story on Luke’s behalf about a classmate of his who also lost a parent to suicide. Luke not only had that life trauma in common with this young girl, he was able to introduce her to the game so she could go on her own journey of play.

As a public speaker, Toledo wanted to share her son’s story with other school-aged kids in the hope that they would learn about the healing power of play. But when she went to different schools, she was politely turned down.

“The school board said they needed tangible tools, and the game has that potential,” said Toledo.

It turned out that Luke’s game not only provided an outlet for kids, something that schools are looking into, but it “gave Luke the opportunity to feel like an entrepreneur.”

While Toledo was preparing for her talk at Collision Conference in Toronto, Luke wanted to come. He’s also asked the team at Roblox if he could work there or intern over the summer, a request they had to decline because he’s too young to work.

In jest, Toledo asked Luke what he would even want to do at work or why he’d want to attend a conference like Collision. His response? “Mom, I’m a tech entrepreneur.”

How Drop made earning passive rewards possible for...

The Wind of business change

#movethedial Summit challenged attendees to be ‘agents of...

Vacation Fund wants to make it easy for...

How a Canadian company is using Blockchain technology...