As a subsidiary of Disney India, Disney+ Hotstar is one of the “hottest” streaming platforms if you are interested in watching Indian dramas, Bollywood movies, or live sports like IPL cricket.

The platform is known as Disney+ Hotstar in India and Indonesia, and known as Hotstar in North America.

The service became available in North America in 2017, however many of our viewers mentioned that their friends and family back home in India have a much better content library compared to what’s available in Canada.

If you’re subscribed to the same platform, you might be wondering why you have vastly differently content libraries?

Well, the availability of content varies as the streaming rights for sports, TV shows, and movies differ between Canada and India.

If you want to be able to chat with your friends and family from back home about the latest in Indian dramas, TV and sports, follow the two simple steps below and you’ll be able to stream “Hotstar India” in Canada with ease!

How to Watch Disney+ Hotstar Outside India

This step-by-step guide explains exactly how you can use a VPN to help you stream the latest Indian content in Canada.

If you already have access to a VPN, connect to a server located in India, and launch Hotstar on your laptop or mobile device.

If you don’t already have a Hotstar account, you will want to connect your VPN to a server in India before signing up for an account.

Keep in mind that if you are on an Android or iOS mobile device rather than a computer, you will likely have to connect to a VPN and change the region in your app-store first.

If you’re unsure how to adjust your region, this simple guide covers everything you need to know.

After creating an account, make sure to subscribe for a membership while your VPN is still enabled and you should be all set!

Once you have a subscription, remember to always activate your VPN before launching the Hotstar app on your laptop or mobile device to ensure that you are able to access the region-restricted content in India.

In case you don’t already have a VPN, we’ve narrowed down the best providers for Canadians here.

Hotstar is the popular Indian video streaming service owned by the Star network, rebranded to Disney+ Hotstar in early 2020 after Disney took over Star India through their acquisition of 21st Century Fox.

The company decided on the rebrand right before the launch of Disney+ in India on March 29th.

The company also made the announcement before the start of the Indian Premier League (IPL) cricket season, a favourite Hotstar viewing event.

The rebranding included a new logo, replacing the black and yellow theme with the royal blue and white colours for the Disney Plus Hotstar platform.

With the recent acquisition, Hotstar becomes another brand under the Walt Disney Company, along with Star India and Fox Star Studios.

Unfortunately, the 2020 IPL season was cancelled due to the coronavirus pandemic, but the streaming service still has plenty to offer subscribers.

Hotstar wants to dub or subtitle the entire Disney archive of movies and shows in local languages, including Tamil, Hindi, and Telugu.

Right now, all Hotstar originals are available in all seven Indian national languages.

Disney+ Hotstar utilizes innovative streaming technology and multi-device compatibility, making it one of the best online destinations for Indian consumers.

6 Unique Features of Disney Plus Hotstar

The streaming technology makes it easy to view Hotstar content on your mobile device or Smart TV, and it works over home Wi-Fi and public networks.

The platform’s design offers easy navigation through titles, with algorithms and human curation managing the UI, users see suggestions based on their viewing preferences.

You get access to all of the popular local shows and blockbusters from Bollywood studios and local productions.

The platform produces an impressive amount of original local content, with shows like “On Air with AIB” and “One Tip One Hand.”

Regardless of how you prefer to stream, you get compatibility with all mobile devices.

What are the Pros and Cons of Disney+ Hotstar?

Where Is Hotstar Available?

Disney+ is available worldwide in many countries.

However, Disney+ Hotstar is only available in India and more recently, in September 2020, the company included Indonesia to its list of approved regions.

After the platform’s official launch in early April 2020, Disney announced that more than 8.5 million subscribers signed up for the Disney+ Hotstar Premium tier in India.

Hotstar has over 300 million active users, and it’s the largest streaming platform available in India.

Disney+ has over 50 million global subscribers, and around 16% of them reside in India.

At present, there are no plans to expand the Disney+ Hotstar platform to other regions.

Therefore, if you want to watch Disney+ Hotstar in Canada, you’ll need a workaround.

However, Hotstar is available in Canada, for a $49.99 (CAD) annual subscription fee.

Hotstar is working on apps for Roku and Android TV.

How Much Does Hotstar Cost?

With 300 million subscribers, you might think that this platform is a cash cow for the Walt Disney Company.

The reality is that most people living in India can’t afford the same pricing tier as Western countries.

That’s one of the reasons why the company doesn’t offer Disney+ Hotstar internationally.

The costs of maintaining the infrastructure for a global platform doesn’t make financial sense with the current pricing model.

If we consider that a Disney+ subscription is $70, you can start to understand why Hotstar requires huge subscription volumes to make it financially viable for the Walt Disney Company to operate.

Hotstar revenues are around $39 million monthly, which is just over a tenth of the $333 million Disney+ earns in a financial year.

While Hotstar might seem like a barely profitable division, the Disney company persists with the deal for several reasons.

Hotstar could work as a standalone platform on the Disney network, similar to Hulu and ESPN.

However, the market reach is what interests the Disney company.

By merging with Hotstar, Disney instantly gets access to the entire user base of over 300 million subscribers.

That’s a significant competitive advantage in these markets, unlike the US, where Disney+ has a long journey left to catch up to the leaders like Netflix.

The Indian market is highly competitive, featuring more than a dozen large players.

Netflix and Amazon Prime already have positions in the market, with a growing user base.

However, both companies have fewer than 5 million subscribers.

By acquiring Hotstar, Disney+ gains a massive chunk of market share, making it the region’s leader.

However, since the cancellation of the IPL, the company offered no forward guidance on its expected earnings.

Hotstar’s biggest competitive advantage is its rights to the IPL, the most watched sporting event in the country.

The quadrennial ICC World Cup is also another huge event, with sole rights awarded to Hotstar for broadcasting the tournament.

In 2019, Hotstar smashed live viewing records, with more than 18.6 million Indians tuning in to watch the finals between the Mumbai Indians and the Super Kings.

In the same year, Hotstar smashed that record when 25 million people tuned in to watch the ICC world cup semi-finals between India and New Zealand.

While cricket is the biggest draw for Hotstar, it also offers a range of alternative sports, such as Formula 1, tennis, soccer, badminton, field hockey, e-sports, and martial arts tournaments.

The sporting selection on offer with Hotstar is the best package available in India, and the reason why the company has such a stronghold on the market.

While Hotstar and Disney+ Hotstar are different services, there are a few similarities.

Some of the most popular channels available on Disney+ Hotstar and Hotstar include:

Canada doesn’t get all the Hotstar content available on the Indian version.

Disney+ Hotstar is not available in Canada, and the company uses regional geo-blocks, limiting your content choices from locations outside of India.

However, with a VPN solution, you can tune into Hotstar or Disney+ Hotstar for unrestricted access to the platform. 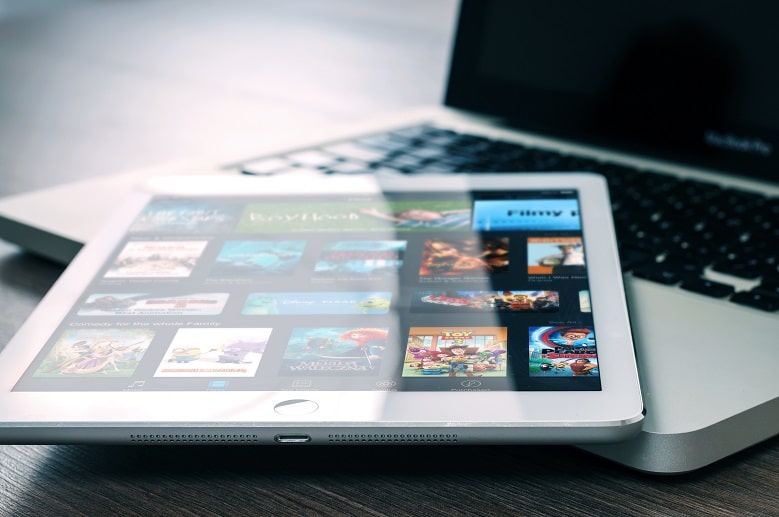 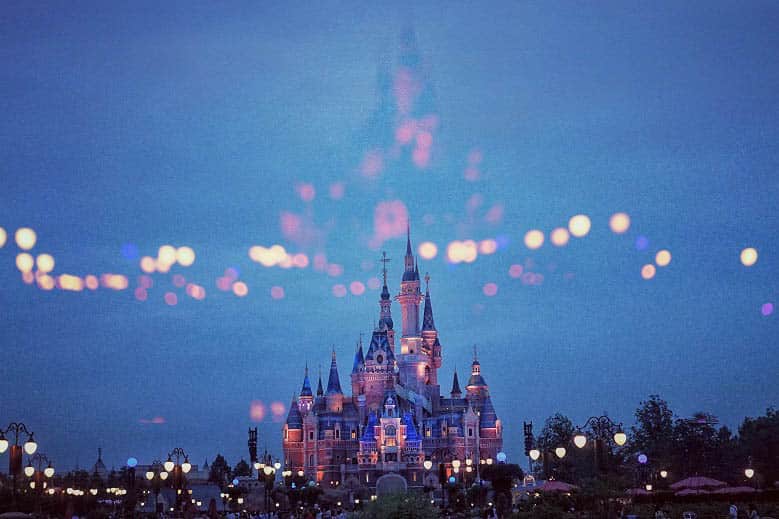 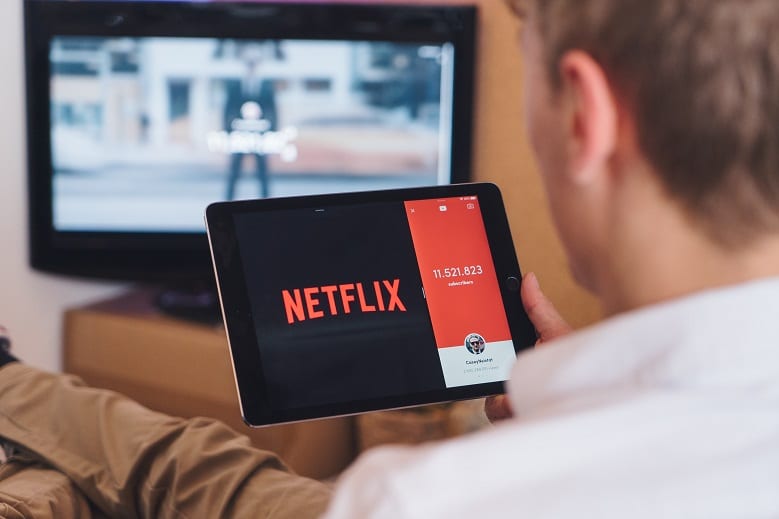