BC Tech Puts Spotlight On Innovators With Technology Impact Awards 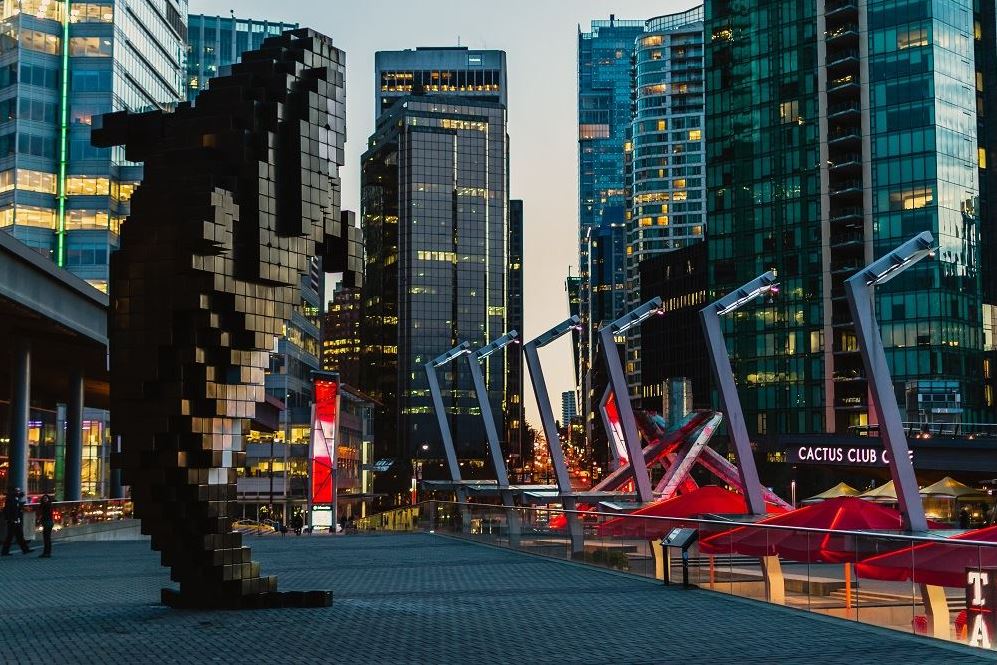 British Columbia isn’t just a beautiful province, it has some serious tech businesses bringing innovative new concepts and ideas to the attention of Canada and the world.

BC Tech is just one of the organizations that cares about turning BC into a province that’s known for its technology. One of the ways they accomplish this is through the Technology Impact Awards (TIAs). Presenting awards for the last 26 years, 2019 promises to be just as exciting, featuring startup companies, companies that have grown more successful, and others that embrace tech culture in ways that stand out.

The TIAs recognize the individuals, companies, and technology that are making a difference throughout the province. The 35 finalists for the TIAs in June have just been announced, with a list that’s varied and uniquely interesting. The winners will be celebrated on June 27th at the awards gala in Vancouver.

Jill Tipping, BC Tech’s CEO and President, understands what it means to have a passion for technology. With a long career spanning various tech jobs, Tipping wants to make BC the fastest growing tech sector in the country. As for the TIAs, her excitement came through as she listed the 2019 finalists:

“Recognizing and celebrating these innovators is part of BC Tech’s mission to make B.C. the best place to grow and scale a tech company and the recognition that today every company is a tech company.”1

And it’s no wonder there’s a lot of excitement – this year’s finalists bring a wide range of innovation and creativity to tech in BC.

Here’s a look at three of the finalists – who they are and what makes them prime leaders in the BC tech sector:

Based out of Rossland, BC, Thoughtexchange is a company that took a unique idea and ran with it. Their software opens up channels of communication within businesses and organizations, providing them with a platform to engage in productive and informative conversations about everything from ethics to diversity to sharing information about new projects.

This sharing of cultural discussions creates a transparency of shared information that can be used by companies and organizations to make important decisions and then take informed action.
How does Thoughtexchange work? Ask an open-ended question – participate in a confidential exchange of information – take away numerous useful visions and ideas. Participants share their own thoughts and discover what’s on everyone else’s mind.

Who’s behind Thoughtexchange? Co-founder and President Jim Firstbrook has been developing software for 30 years. His belief that the internet could make possible meaningful collaboration between individuals and groups was the inspiration behind the software he started designing in 2009. Today, companies and educational organizations around the world are using Thoughtexchange to make a difference.

This BC company has an automated solution to accounts payable that lets businesses streamline their financial invoicing and payments using cloud-based software. Why is this different than other accounting software? It saves time, eliminates all the paperwork, and reduces accounting costs so companies can capitalize on these savings.

Not only is their accounting software technically savvy, so is the working culture of Beanworks. They attribute much of their success to a culturally diverse working team:

“We began with two female and two male co-founders in 2012 because we knew strategically companies that focus on gender diversity perform better. Studies repeatedly show that diversity and inclusion increase workplace satisfaction, productivity, retention, and overall revenue. Our approach includes gender representation, diversified recruitment strategies, and bias free HR practices. In addition to being a part of our core values, these initiatives give us a strategic advantage over companies that do little more than pay lip service to this vital concept.” – Catherine Dahl, CEO2

Based out of Vancouver, Beanworks continues to grow, with their AP software now being used around the world.

Long before smartphones and tablets where the norm, PressReader founders knew that readers around the world want access to newspapers and magazines both at home and when they travel.

PressReader makes this possible by digitally providing over 5,000 global magazines and newspapers that can be read online or in print. Or download the PressReader app and read on the go.
Take a look at the brands and partners that PressReader is aligned with and you can’t help but be impressed. Partnering with publishers and businesses everywhere, including airlines, hotels, and libraries, a monthly subscription fee with PressReader lets you read exactly what you want to read.

With their headquarters in Vancouver, it’s easy to see why this ground-breaking tech company is a TIA finalist. Their continued drive be a leader in digital press print keeps growing. On April 24 they announced their partnership with Hearst Magazines, which has over 23 popular magazines including The Oprah Magazine and Cosmopolitan.

The BC tech industry continues to get stronger every year. According to the latest tech report, which is done every two years by KPMG, the tech sector is responsible for 7 percent of BC’s economy. And according to KPMG, an international auditing and advising firm, as of November 2018, British Columbia is also first in terms of tech growth.3

These three finalists here are just a sampling of what the tech sector in British Columbia has been up to. For a full list, head over to BC Tech’s TIA finalist webpage to see what other companies have caught the attention of the province’s most important technology award program.

As a British Columbian, a Vancouverite, and a woman with a career in tech…I’m excited about what’s happening in the province and anticipating only more innovation in technology that’s shaping not only BC but also making a huge impact around the world.

Monica lives in the lovely coastal city of Vancouver and is a writer by day and coffee, pastry and yoga enthusiast by night. Having completed a degree in technical writing, her writing passions include education, technology, natural health and mindfulness.