If you don’t want to read the details, skip straight to our Recommendation

Before we get into our review, it’s good to know about Fido’s humble beginnings and how it shaped the Canadian wireless carrier landscape.

Launching in 1996, for those that remember the original days with Fido, they were the first GSM carrier, or the important part, they used to have sim cards while the others didn’t.

For anyone who was enthusiastic about new mobile devices, Fido enabled them to buy the latest and greatest devices, unlock them, pop their Fido sim card in and off they went.

Fast-forward to 2004 when Rogers bought Fido for $1.4 Billion and has continued to run Fido as a stand-alone brand.

Fido is what we would call a mid-level carrier, owned by Rogers communications but operated as a completely separate entity as seen by its own retail presence among other things.

Since Fido had it’s own network, Fido does not exclusively use the Rogers network and infrastructure, it’s actually a combination of both.

Since Fido leverages both its own network along with Rogers’, the below frequencies are what Fido uses.

Keep in mind that if you’re bringing your own device, it must work on the frequencies noted below, not all of them, but the more the better.

Not all areas / all towers will provide every one of these frequencies so phones usually have a few frequencies they match to from the below.

The Fido website claims that they provide LTE access to 96% of Canadians which sounds about right considering the power of the Fido + Rogers combined networks.

As you’ll see in the map below, Fido’s coverage area is divided by the Fido Network and Extended Coverage.

Fido Network: This is the core service area, close to and surrounding large cities and where large populations reside. Usage in this area is available for everyone.

Extended Coverage: This is the extended service area, moving out to some of the more rural areas and less densely populated areas, however it is NOT for everyone.

Prepaid and Zone plans cannot use the extended coverage area.

Others are fine, and will notice the carrier name change to Fido-EXT in these areas and will also require data roaming to be on for data to work.

However, there are NO additional charges in the Extended Coverage zone, but Fido may limit your usage in this zone if you spend extended amounts of time in this zone.

The ideal division of time is customers spending majority of their time in the Fido Network areas and occasionally being in the Extended Coverage area.

What does this mean? Traditionally, voice calls go on the 2G or 3G network while data passes on the 4G network.

With VoLTE, voice or video calls also travel over the 4G network allowing for much better quality connections.

VoLTE support is on a phone by phone basis, so be sure to check out the specifications under each phone to see if VoLTE is supported.

At a high-level, majority of the new Samsung, Apple, HUAWEI and Google devices are supported.

Let’s take the iPhone Xs 64 GB as an example.

Keep in mind as time passes the prices above will go down however this is just to show you the difference in price on an expensive/high-end flagship phone.

Ideally what you’re looking for is where you can get the best value.

Please visit the Fido website to see their current plans and prices.

Each carrier has their unique way of adding value. Fido distinguishes itself further by offering:

+5 Hours of Data:
Every billing cycle (roughly one month) you have the ability to enable 1 hour of free data, 5 different times.

You must be on a Fido Pulse plan, which most of their plans are.

This nifty little feature can come in handy when you have some important stuff to get done that requires data or if you can save them to use them close to the end of your billing cycle if your about to go over. Definitely different, we like it!

Fido Xtra:
Every Thursday, exclusively on the Fido app, you’ll get perks from all sorts of cool brands and retailers.

Things we’ve seen in the past include 15% off WestJet fares and 20% off at Frank and Oak so this might actually be a great little perk.

It was introduced around May 2018 so we’ll continue to track the feedback on this.

Use your plan as is for $7 per day in the US and $12 per day in many International countries.

Alternatively, if you plan to only use your phone in seldom occasions, Fido also offers pay per use rates for you to make that occasional call or send that occasional text.

Fido offers the latest and greatest devices and offers increasing discounts on it’s devices based on the plan you sign up for.

All plans must be signed for a 2 year period.

Most importantly here though, we’ll touch on another one of Fido’s differentiating features which is the Device Protection service they offer.

Alternatively, you can also BYOP (Bring Your Own Phone).

So if you already have a phone or if you want to purchase a used one from Kijiji or other online retailers, that will work as well.

If you are looking to purchase a used phone, you can check out our friends at Orchard, who sell used iPhones (and some Samsung models).

They’re based in Toronto, ship the same or next day and offer a 90 day money back guarantee!

What is Fido Device Protection?

Essentially, Device Protection is an insurance policy for your phone.

Definitely an interesting concept which is quite prevalent with carriers in Europe, Fido is the only carrier to offer such a service.

So how does it work?

For this review, we’ll only focus on the second. With Premium Device Protection, you get:

So while all of that is a mouthful, essentially what you need to know is that the first time you break your screen it will be repaired for free.

So is Fido Device Protection worth it?

It’s a reasonable price to pay for peace of mind if your the type of person who breaks their screen or losses their phone, however keep in mind a good solid case and glass screen protector will also stop your screen from shattering for a one time cost of not more than $50.

In absolute dollar terms, it’s a reasonable amount to pay for protection, however on the other hand you can deal with your issues as they come, that’s IF they ever come.

Fido offers all of the latest devices from Apple, Samsung, HUAWEI and Google. They also carry some LG, Alcatel, ZTE and Motorola devices.

Similar to Koodo, it’s important to find the right balance of plan price and device price when picking which ‘size’ plan best suits your needs.

We believe the best value lies in bringing your own device or buying it outright and using one of their BYOP plans such as the $70 per month, 5 GB + 2 GB bonus data, 500 Canada wide minutes and unlimited international text.

However, as device prices continue to increase we understand it’s not feasible for everyone to pay $1,300 + tax for a device outright.

Phone prices become cheaper as you go the higher tier plan ‘sizes’ – For example the same thing offered in the $125 per month extra large plan is $70 per month on a BYOP plan and the Samsung Galaxy Note 9 would be $549 on the extra large plan and $1,299 on the BYOP plan.

You’ll need to understand your phone affordability and then do a little math to pick the plan ‘size’ that makes most sense.

Other than that, be sure to activate online to save the $30 activation fee you’ll be charged in store.

Fido also has some cool differentiating features such as +5 Hours of Data, explained above, and the ability to add a Device Protection Plan.

Overall a solid carrier with very reasonable prices however the only one downside it that Fido requires you to sign a 2 Year Contract.

While this isn’t much different than the ‘Tab’ offerings other providers have, keep in mind that you’ll be tied in for 2 years and will have to pay an Early Cancellation Fee if you are leaving the country, want to change providers etc.

Does Fido have WiFi calling?

Yes, Fido does have WiFi calling however will not guarantee that it will work on devices you have not purchased from them. WiFi calling is not available to prepaid customers.

Are you a Fido Mobile customer? What are your thoughts on their customer service? Have you purchased a phone from them? Would you recommend them to friends and family? Let us know in the comments below!

*Disclaimer: We have no affiliation with Fido Mobile, this is an independent review of their services and offerings. 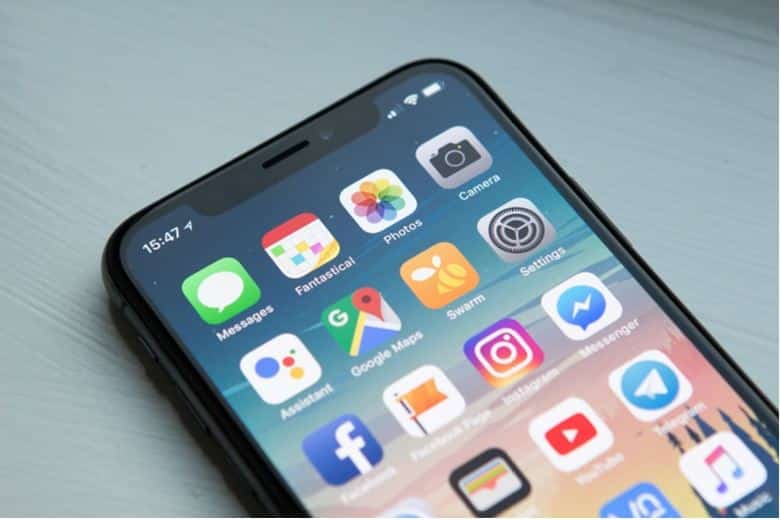 Here Are The Best Fido Plans

Here are our picks of the best Fido plans along with everything you need to know about how their plans work.