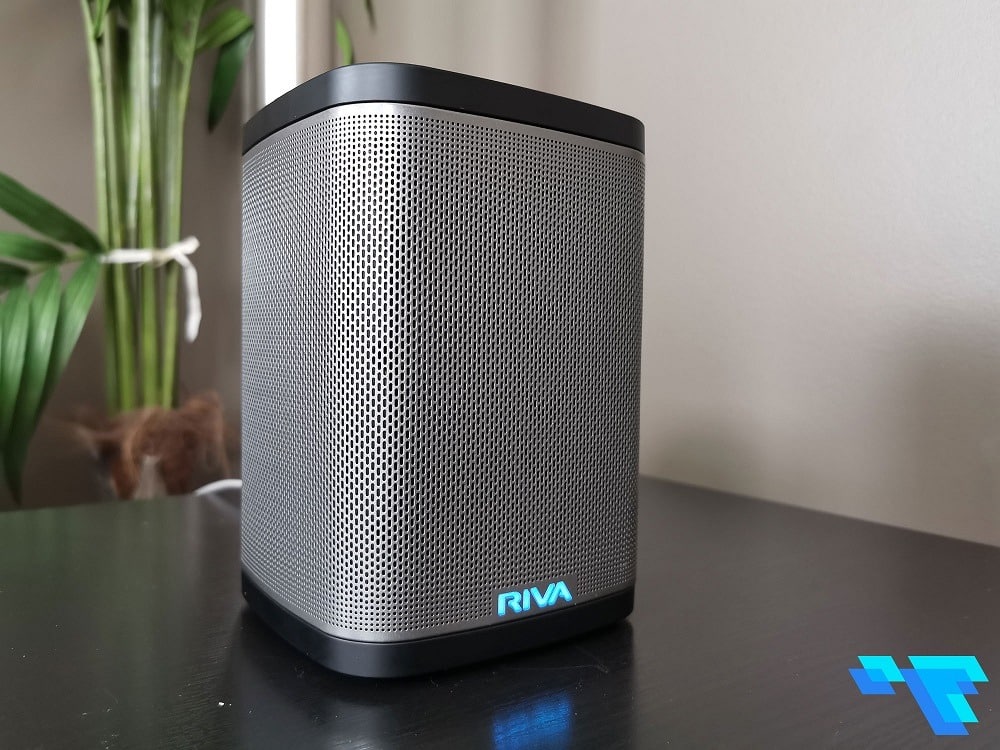 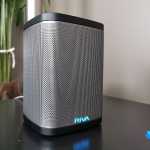 When it comes to smart speakers, there are plenty of options on the market such as Amazon’s Echo speakers or Sonos’ lineup of speakers. However, there are also a new breed of boutique brands bringing Alexa-powered speakers to the market for audio enthusiasts at very competitive prices.

The Riva Concert has a premium two-tone look and rounded corners. The speaker is fairly compact and only weighs about 3.0 lbs.

The outside of the speaker is a combination of metal and plastic materials. The front of the speaker has the Riva logo on it which lights up blue when you’re talking to Alexa and turns red when you mute the microphone. 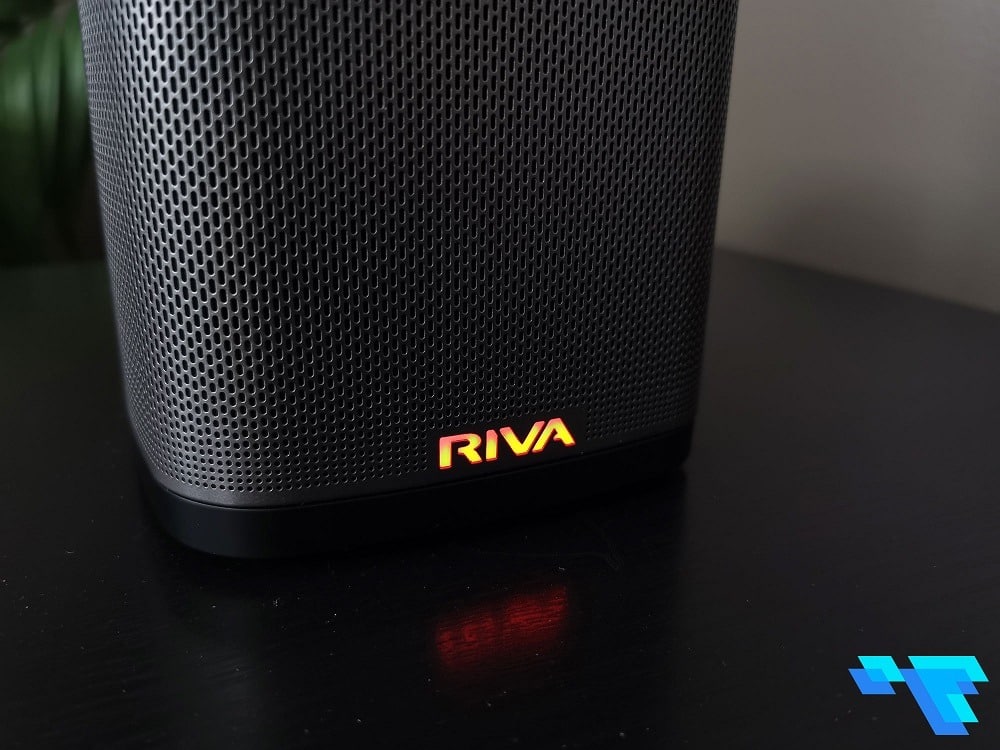 The top of the speaker is where you’ll find the volume up and down buttons, next and previous track, mic mute button and the ability to change sources. Each of the buttons on the Riva Concert has braille raised dots as well. 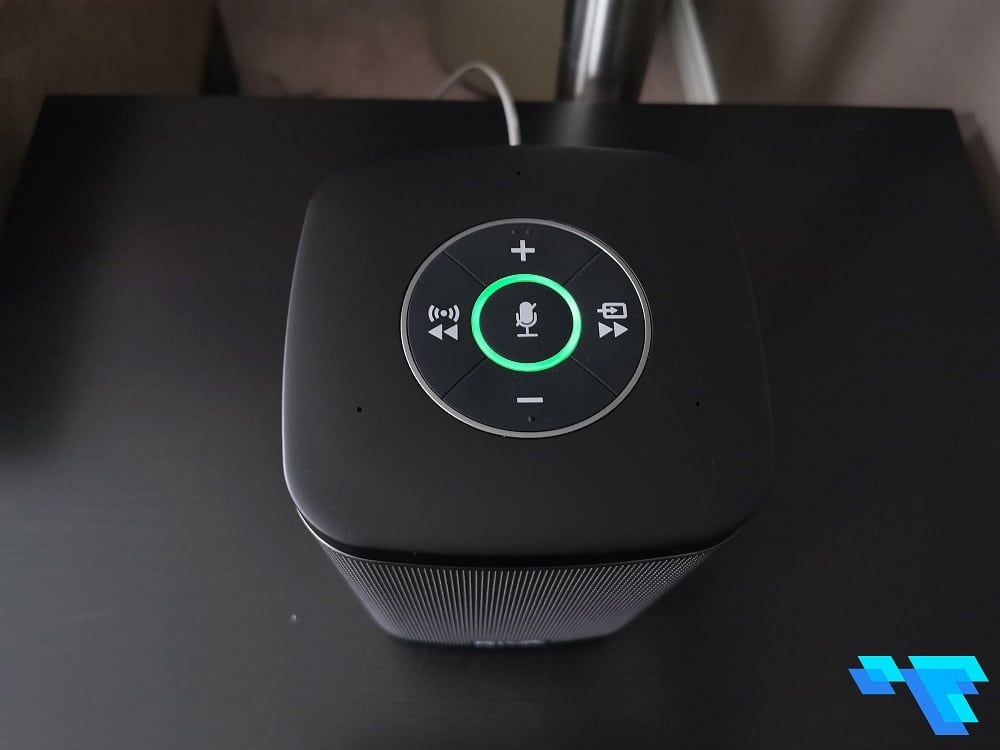 The back of the Riva Concert is where you’ll find the power port, mounting slot, AUX input, USB port and a switch for home and away mode. Away mode allows you to stream directly to the speaker when not connected to your home Wi-Fi. The speaker will create a Wi-Fi network that you can connect to, making connecting to it very simple and seamless. 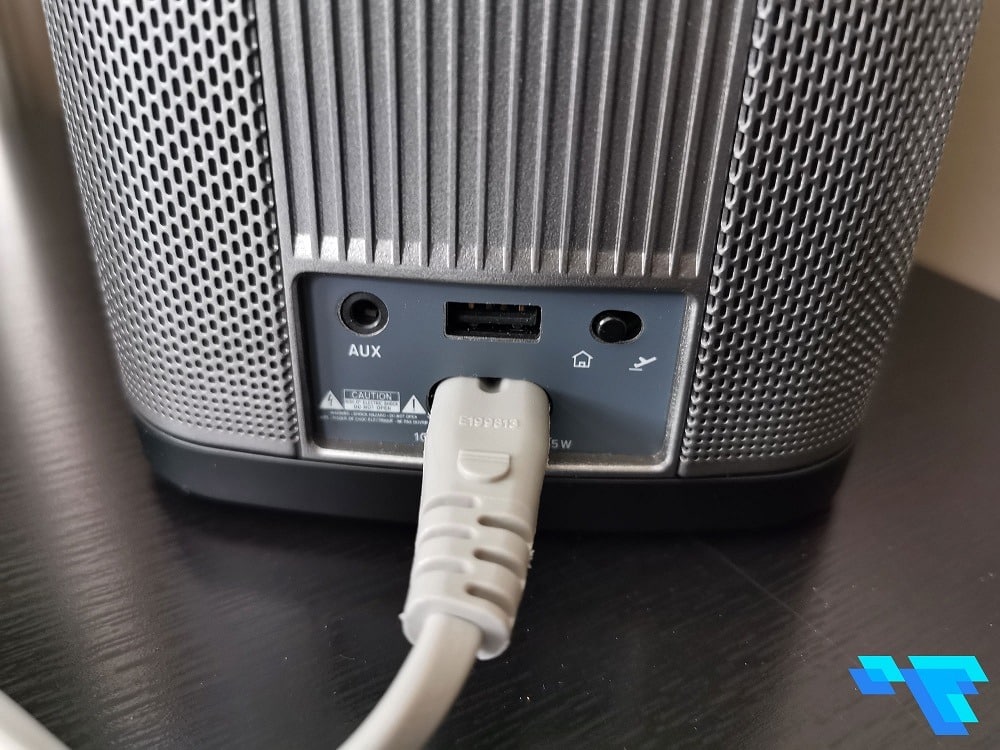 What’s really great about the Riva Concert and rarely seen, is that you can purchase an optional battery that connects to the speaker via connectors on the bottom. The battery therefore makes the Riva Concert portable and Riva notes that the battery can last around 15 hours. Perfect for days by the pool, barbeques, picnics and more! 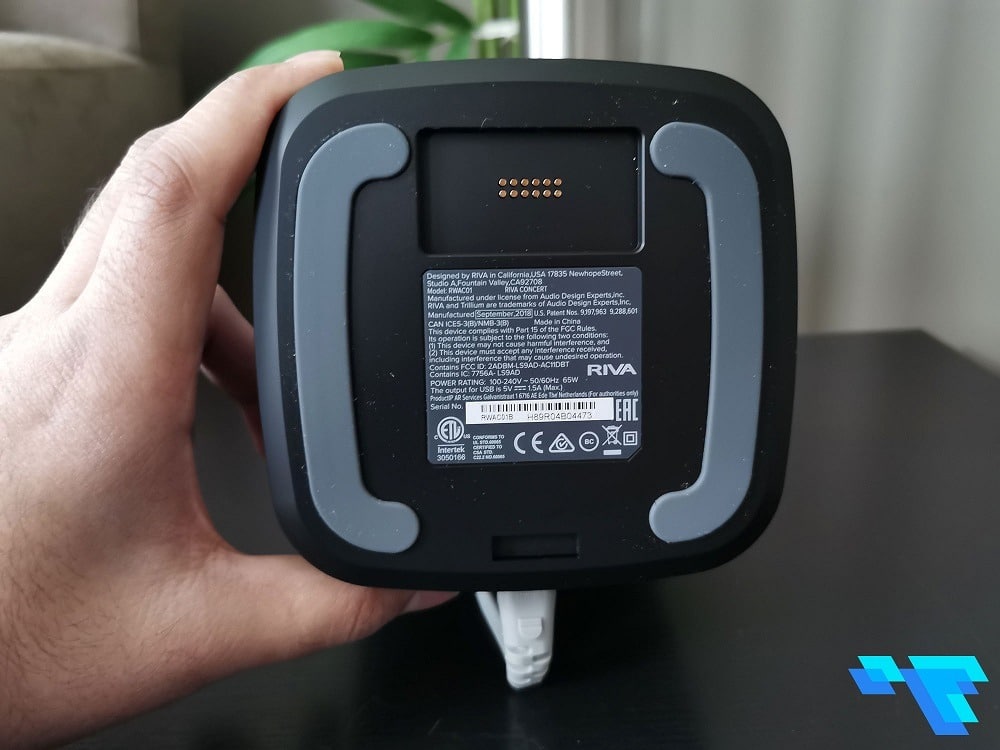 The one issue I did have was that after a few minutes of the speaker being on, it would go into sleep mode which meant the buttons would become unresponsive. If I wanted to skip to the next track, I would have to press it 2-3 times to wake up the speaker from sleep mode. Maybe a setting that can be adjusted via the app in the future?

The speaker is splash resistant and comes with Riva’s Trillium™ Audio technology which will take left-right stereo audio signals to create a stereophonic image to make the speaker sound much larger than the actual size of the speaker.

Overall, the Riva Concert sounds great. It especially sounded crisp when I was playing music through Spotify as well as with a directly connected USB drive – a lot of deep bass and it got really loud.

When playing via Bluetooth, I had to really crank the volume up on the speaker to make it sound good. Different kinds of music also sounded great on the Riva Concert. Playing more upbeat, pop music, I noticed a more balanced sound while playing rock music sounded deeper and bass-heavy.

The Riva Concert provides around 50 Watts of power and uses three ADX drivers in combination with three passive radiators.

The Riva Concert is available now from Riva’s website (which takes you to Amazon actually) for $199 USD and comes in two colours, black and white. The optional battery costs $79 USD.

To set up the Riva Concert, you’ll need the Riva Voice app on Android or iOS. The app takes you through the setup process which is fairly straightforward – connect it to Wi-Fi and you’re ready to go.

The Riva Voice app is fairly basic in its design. It’s divided up into four sections – Discovery, Add, Tutorialsand Settings.The Discovery section is where you’ll be able to control playback on your Riva Concert.

When you tap on one of your speakers in the app, you can control the volume and also easily switch inputs. The General Settings for the Riva Concert allow you to choose the type of audio output from Trillium, Power, Left and Right and also Bass and Treble. You can definitely hear the difference when changing the audio output, with Trillium providing a fantastic all-encompassing sound in large rooms.

Add is where you’ll be able to set up another Riva speaker. Tutorials is pretty self-explanatory and show you support articles for your Riva Concert. The Settings section is slightly misleading as it doesn’t actually allow you to change settings for your specific speaker but instead, just two settings for the Riva Voice app.

The Riva Concert offers lots of connectivity, from Wi-Fi, Bluetooth, AirPlay, DLNA, Spotify Connect in addition to the AUX port and USB port on the speaker. Multi-Room Music isn’t yet supported on the Riva Concert but it’s a feature that is coming soon.

As mentioned earlier, the Riva Concert has Alexa built-in, meaning that you can talk to Amazon’s voice assistant, just like their Echo devices. You can use Alexa to control not only music playback but also ask questions like “What’s the weather?” or control your smart home products (such as Philips Hue, Ecobee and more) and also as an intercom via Alexa calling and messaging.

Overall, the Riva Concert is a great sounding smart speaker and a great competitor to the likes of Sonos with a lot of connectivity options.

Awesome! Thank you for the great review!