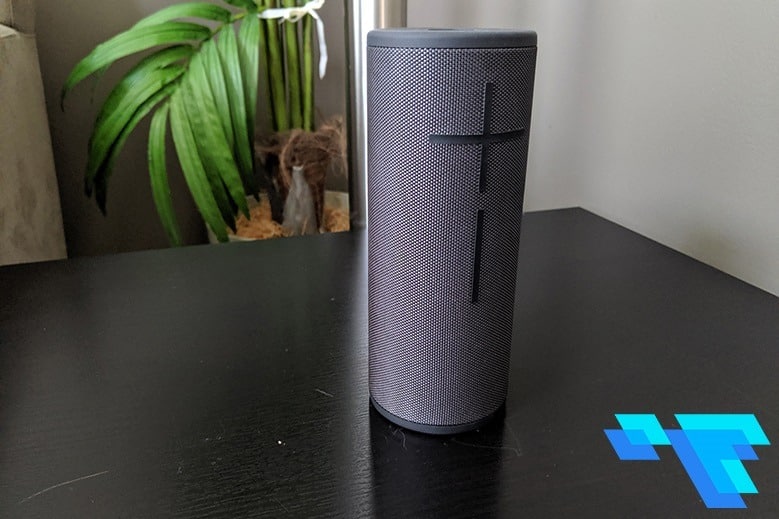 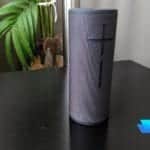 Ultimate Ears has been making audio products for a long time (since 1995) but since being acquired by the accessory maker, Logitech, they’ve shifted their focus to portable speakers such as the UE Boom 3.

On the surface, the UE Boom 3 is made from a custom, high-performance fabric that not only looks good but also contributes to sound quality. This tough exterior also makes the Boom 3, drop proof and IP67 waterproof and dustproof.

The build of the Boom 3 feels solid and made to last but it also has a fair bit of heft to it, to make it more sturdy and also help it float in the water. The Pringles can-like design makes the speaker easy to carry around. 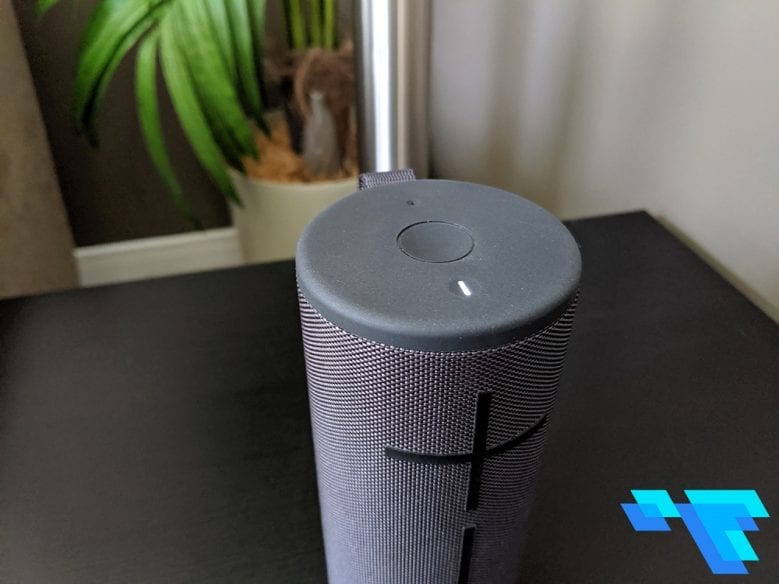 The top of the Boom 3 is where you’ll find the magic button that can play/pause/skip tracks your music but you can also set it up to have one-touch access to your favourite playlists on Apple Music (on iOS only) and Deezer Premium. It would have been great if there was Spotify integration for the Magic Button but that remains to be seen.

Above the Magic Button is the Bluetooth pairing button and below is the power button. On the side of the device, you’ll find two large plus and minus buttons for volume up and down. The back of the speaker has a waterproof flap that covers the microUSB port.

The bottom of the Boom 3 has the connection for the optional Power Up charging dock that lets you charge the speaker quickly and easily. Battery life shouldn’t be an issue as Boom 3 will get up to 15 hours of usage on a single charge. Charging the Boom 3 to 100% takes about 3 hours.

I was able to easily play music continuously on the Boom 3 most of the day (about 7-8 hours) and the speaker still had plenty of juice. The Boom 3 also features a Bluetooth range of 150 ft (45m), which means you don’t need to keep your phone nearby to use the speaker. 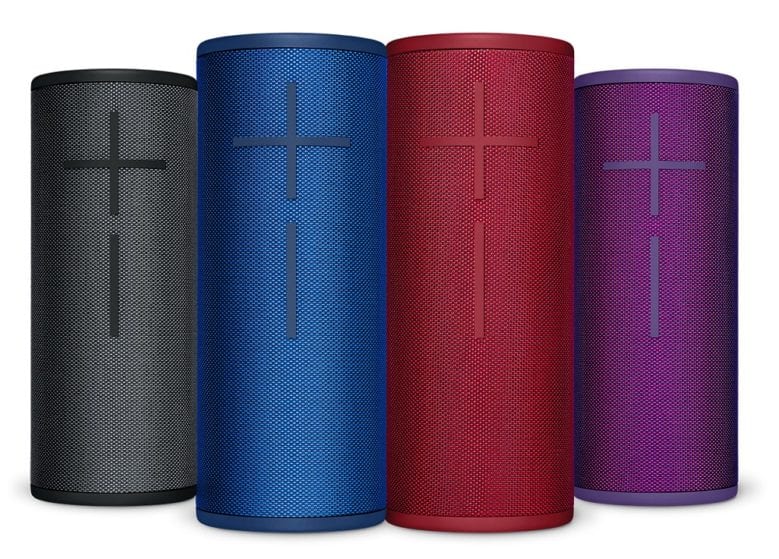 The Boom 3 is available now for $199 CAD ($149 USD) and comes in multiple colours, Night (Black), Sunset (Red), Lagoon (Blue), Ultraviolet (Purple). The UE Power Up charging dock will set you back an additional $49 CAD.

Ultimate Ears has put a great emphasis on the sound quality of the Boom 3. The speaker offers 360-degrees of sound, so no matter the setting, it sounds great.

Audio on the Boom 3 sounds clean, energetic and can get very loud for such a compact package. Most of the time I had the Boom 3 set to 40% volume because that was loud enough even with people talking in the background. You could easily have a party with this absurdly loud speaker.

While I didn’t get to test the Megaboom 3 alongside the Boom 3, I can imagine that it sounds great and is even louder than the Boom 3. I did notice that the Boom 3 sounded kind-of bass-heavy with a lot of deep thumping.

With the introduction of the Boom 3 and Megaboom 3, the companion app has been given a redesign. When you first open the app, it’ll take you through the setup process of connecting your speaker to your device.

The main screen is where you’ll see which speaker you’re connected to and you’ll be able to power on/off your speaker, check battery life, change the volume and the EQ settings to adjust the bass and treble.

The next page is the PartyUp screen and as mentioned earlier, you can connect up to 150 speakers together. The last section has the Block Party feature where you and up to 2 friends connect to one speaker and all 3 of you can control what’s being played.

The Boom 3 is a compact speaker but don’t let that fool you – it outputs crisp and loud, heart-pounding sound from a solid, well designed unit.