Home » Streaming » How & Where To Watch Euphoria Season 2 in Canada

How & Where To Watch Euphoria Season 2 in Canada

The HBO hit series Euphoria centers around a group of high school students trying their way in a world filled with drama, sex and sexuality, drugs, and loss. Zendaya, Maude Apatow, and Angus Cloud are among the cast of this unique teen drama, which keeps things refreshingly raw and honest.

The show first aired in June 2019. Its second season started in January 2022, and a third season is already in the works.

Whether you’ve just heard of the show or have finally decided to binge-watch it now, you’ll soon discover that watching Euphoria in Canada takes some effort.

Americans can simply head for HBO Max, but the American on-demand subscription service isn’t available in Canada. Don’t bother looking for Euphoria on Netflix or Disney+ either, because it’s not there.

Where can you watch the teen drama Euphoria if you live in Canada? This guide lays your options out for you.

Where To Watch Euphoria in Canada: A Quick Glance At Your Options

Have you watched Euphoria trailers? Have you listened to your friends rave about Euphoria? Do you have a free weekend? You are probably dying to watch Euphoria right now — but unfortunately, HBO Max isn’t available in Canada.

What can you do? You have three basic options:

With that glance out of the way, keep reading to discover how to watch Euphoria in Canada now.

1. Get a Crave Subscription to Watch Euphoria in Canada

Most active HBO subscribers in the United States get free access to HBO’s streaming service, HBO Max. Euphoria is available there — but although HBO Max expanded to Latin America and the Caribbean in 2021, Canadians can’t watch Euphoria or other HBO shows through HBO Max.

You’ll want to get a Crave Total subscription to watch Euphoria in Canada, and you have two options:

Crave Total gives you access to a ton of HBO content in HD quality. We know you just want to watch Euphoria now, but if you’re a binge-watcher, the enjoyment is bound to be short-lived. You’ll “Crave” other exciting HBO shows after, so you’ll definitely get your money’s worth if you get a Crave subscription.

2. Use a VPN to Watch Euphoria via HBO Max in Canada

You’re trying to watch Euphoria in Canada — but HBO Max is only available in the United States and a few Latin American and Caribbean countries. Thankfully, there’s an easy fix! You can use a virtual private network (VPN) to “travel” to the US in seconds. Virtually, of course.

If you watch YouTube at all, you’re probably bored stiff of sponsored VPN content and all too familiar with the big VPN providers’ tired marketing stories. Just in case you missed it, though, here’s how a VPN works:

Using a VPN to connect to the internet protects your privacy and security. Every internet user should welcome this protective layer.

One big perk of using a VPN is that it allows you to bypass geographical restrictions. For example, connecting to a VPN server in the United States enables you to watch anything on HBO Max, including Euphoria, because HBO Max will think you’re in the US. (You will, obviously, still need a subscription.)

Are you ready to get a VPN? We’ll look at the most reputable VPN providers on the market next.

Founded in 2009, ExpressVPN understands the importance of privacy and security for their customers and has been continuously improving their technology to provide a high quality solution.

As a result, Express stands out as a premium provider due to their advanced VPN server technology called TrustedServer, which raises the bar in terms of speed and security.

Since RAM requires a power connection to store information, all data is erased when the server is powered off and on again.

This is important because it ensures no sensitive information is left behind to become the target for hackers or to slow down future connections.

In comparison, the traditional way to run a server is by using hard drives which are slower and not as secure since they keep all data on the drive until it is erased or overwritten.

ExpressVPN offers over 3,000 servers across over 90 countries so they have you covered for whatever your need may be.

A single subscription will also cover all of your devices as the VPN is compatible with everything from iOS to Android along with other devices such as routers, gaming systems, and smart TVs.

The best part: all of their servers offer unlimited bandwidth and ultra-fast speeds. 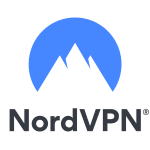 Nord VPN is another no-log VPN provider based in Switzerland. The fact that Nord VPN has excellent speeds makes it one of the top choices for people who want to watch Euphoria and other HBO shows in Canada.

How to Choose a VPN

ProtonVPN, PIA, and Nord VPN are among the most trusted VPN providers in the world — but there are many others. People who aren’t well-versed in the world of VPNs may have a hard time deciding how to pick.

Even people who aren’t interested in privacy or security and who just want to watch Euphoria in Canada are warmly encouraged to choose a VPN carefully:

3. Watch Euphoria in Canada For Free Through an Illegal Streaming Site

Do you want to watch Euphoria in Canada right now and for free? You’re a modern internet user. You know you have options.

Google “watch Euphoria free” or “Euphoria online streaming,” and your friendly neighborhood search engine will happily provide you with a slew of dodgy links that promise you access to the show.

Websites like 123movies and Popcorn Time act as search engines. They don’t host unlicensed shows and movies on their servers and instead let users watch content hosted on third-party servers.

Canadian law is surprisingly vague on whether it’s illegal to watch this kind of content — but we all know that illegal streaming sites aren’t OK. The thousands of pop-ups also show that watching series on unlicensed streaming sites isn’t necessarily the safest option.

Few people are fully aware of the dangers associated with illegal streaming websites, however:

The moral of the story? We all know that illegal streaming sites are just a few clicks away, but the benefits don’t outweigh the risks.

How to Watch Euphoria in Canada: What Is Your Best Option?

The hit show Euphoria isn’t available through major streaming networks like Netflix, Hulu, or Disney+. That doesn’t mean you can’t watch the show in Canada, though!

If you want to binge the first two seasons of Euphoria, you have three options.

Best Option for Canadians: Get a Crave Subscription to Watch Euphoria

Viewers who only want to watch Euphoria and aren’t interested in other shows can subscribe for one month. They can enjoy the first two seasons of the series and then cancel the subscription. People who want to watch other shows, too, are better off with the annual sub.

Best Option for People Usually Based in the US: Use a VPN to Watch Euphoria on HBO Max

Are you an American temporarily residing in Canada or a Canadian who usually lives in the US but is spending some time at home?

HBO Max, which streams Euphoria, is only available in the United States and select Latin American and Caribbean countries — but that doesn’t mean you can’t watch it in Canada.

If you already have an HBO Max subscription, you can still take advantage of it in Canada. Just use a VPN and choose a US server to watch Euphoria now.

ProtonVPN, PIA, and Nord VPN are among the most reputable VPN servers. Using a VPN allows you to bypass geographical restrictions and keeps you safe and private on the internet by encrypting your traffic and hiding your real IP address.

Illegal streaming sites may not cost any money, but their dubious services come at a price. While you are unlikely to get into trouble with the law if you watch Euphoria on an unlicensed streaming platform, chances are high that you will end up with malware or a virus.