Home » Resources » Can I Watch Hotstar in Canada, Yes Here is What You Need to Know

Can I Watch Hotstar in Canada, Yes Here is What You Need to Know

How to Watch and Access Hotstar India in Canada

If you prefer to stream the Indian version of Hotstar in Canada, you will need to use a VPN to an Indian server – check out the three steps below to get started: 1

1) Connect your VPN to an Indian server
2) Login to your Hotstar India account
3) Select a show and start watching!

While some countries have laws in place that make it illegal to use a reliable VPN app, Canada is not one of them. Using a VPN is legal in Canada; in every province and territory, it’s 100% legal to use a VPN app so you don’t have to worry about breaking any laws by signing up for a VPN. VPNs are used to create secure, private connections.

VPNs come in various formats from dozens of companies, and there are many cheap VPNs available. The best companies charge an affordable monthly fee, and you can often find deals online for deep discounts on annual and multi-year packages. However, despite VPNs being reasonably priced, there is still a huge demand for free VPN services. Also, mobile VPNs are available for download to Apple and Android devices for an affordable monthly subscription and home networks, while small businesses can also use VPN routers that cover all the devices that connect to them.

What’s The Difference Between Hotstar in India and Hotstar Canada Subscription?

Yes, you can stream Hotstar in Canada; however, to watch Hotstar India, which is known to have a much more comprehensive content library, is not available in Canada.

As a subsidiary of Disney India, Disney+ Hotstar is one of the “hottest” streaming platforms if you are interested in watching Indian dramas, Bollywood movies, or live sports like IPL cricket.

The platform is known as Disney+ Hotstar in India and Indonesia and known as Hotstar in North America.

The service became available in North America in 2017; however, many of our viewers mentioned that their friends and family back home in India have a much better content library compared to what’s available in Canada.

If you’re subscribed to the same platform, you might be wondering why you have vastly different content libraries.

Well, the availability of content varies as the streaming rights for sports, TV shows, and movies differ between Canada and India.

Disney Plus Hotstar is the popular Indian video streaming service owned by the Star network, rebranded to Disney+ Hotstar in early 2020 after Disney took over Star India through their acquisition of 21st Century Fox.

The company decided on the rebrand right before the launch of Disney+ in India on March 29th.

The company also made the announcement before the start of the Indian Premier League (IPL) cricket season, a favourite Disney Plus Hotstar viewing event.

The rebranding included a new logo, replacing the black and yellow theme with the royal blue and white colours for the Disney Plus Hotstar platform.

With the recent acquisition, Disney Plus Hotstar becomes another brand under the Walt Disney Company, along with Star India and Fox Star Studios.

Unfortunately, the 2020 IPL season was cancelled due to the coronavirus pandemic, but the streaming service still has plenty to offer subscribers.

Hotstar wants to dub or subtitle the entire Disney archive of movies and shows in local languages, including Tamil, Hindi, and Telugu.

Right now, all Hotstar originals are available in all seven Indian national languages.

Disney Plus Hotstar offers more than 100,000 hours of content across nine languages and covers every major sporting event.

Disney Plus Hotstar utilizes innovative streaming technology and multi-device compatibility, making it one of the best online destinations for Indian consumers.

Where Is Hotstar Available?

Disney Plus Hotstar is available worldwide in many countries.

However, Disney Plus Hotstar is only available in India, and more recently, in September 2020, the company included Indonesia on its list of approved regions.

After the platform’s official launch in early April 2020, Disney announced that more than 8.5 million subscribers signed up for the Disney+ Hotstar Premium tier in India.

Disney Plus Hotstar has over 300 million active users, and it’s the largest streaming platform available in India.

Disney+ has over 50 million global subscribers, and around 16% of them reside in India.

At present, there are no plans to expand the Disney+ Hotstar platform to other regions.

Therefore, if you want to watch Disney+ Hotstar in Canada, you’ll need a workaround.

However, Hotstar is available in Canada for a $49.99 (CAD) annual subscription fee.

Disney Plus Hotstar app is working on Roku and Android TV.

How Much Does Hotstar Cost?

With 300 million subscribers, you might think that this platform is a cash cow for the Walt Disney Company.

The reality is that pricing tiers work differently in countries like India vs Western countries.

That’s one of the reasons why the company doesn’t offer Disney+ Hotstar internationally.

The costs of maintaining the infrastructure for a global platform don’t make financial sense with the current pricing model.

If we consider that a Disney+ subscription is $70, you can start to understand why Hotstar requires huge subscription volumes to make it financially viable for the Walt Disney Company to operate.

Hotstar revenues are around $39 million monthly, which is just over a tenth of the $333 million Disney+ earns in a financial year.

While Hotstar might seem like a barely profitable division, the Disney company persists with the deal for several reasons.

Hotstar could work as a standalone platform on the Disney network, similar to Hulu and ESPN.

However, the market reach is what interests the Disney company.

By merging with Hotstar, Disney instantly gets access to the entire user base of over 300 million subscribers.

That’s a significant competitive advantage in these markets, unlike the US, where Disney+ has a long journey left to catch up to the leaders like Netflix.

The Indian market is highly competitive, featuring more than a dozen large players.

Netflix and Amazon Prime already have positions in the market, with a growing user base.

However, both companies have fewer than 5 million subscribers.

While Hotstar and Disney+ Hotstar are different services, there are a few similarities.

Some of the most popular channels available on Disney+ Hotstar and Hotstar include:

Canada doesn’t get all the Hotstar content available on the Indian version.

Disney+ Hotstar is not available in Canada, and the company uses regional geo-blocks, limiting your content choices from locations outside of India.

YouTube TV is a live TV streaming service owned by Google that offers a good selection of local and international channels varying on your location. Unlike most other platforms, YouTube TV offers features such as the ability to record shows and watch them later. However, it is only available in the United States, though you can bypass this restriction by using some of the best VPN services.

Paramount Plus is a great choice for your streaming service portfolio if you’re into top-rated content. You get a range of top-rated movies and shows with the option for an ad-free viewing experience. Paramount Plus is available on Amazon Prime Canada. It’s a great way to watch movies and TV shows online, with a library of titles that includes new and classic releases. Plus, you can access Prime Video content with supported devices like the Amazon Fire TV Stick.

Discovery Plus Canada is a great way to watch your favourite shows, movies, and documentaries, including channels like Discovery, TLC, Animal Planet, and many more. You can watch Discovery Plus in Canada by visiting their site and signing up for an account or by using a Canadian version of the app that was released in October. And if you want to watch the American version of Discovery Plus, you can use a VPN app.

Sling TV is a live streaming site that provides access to select channels for a monthly fee. The service offers various packages such as ESPN, AMC, TNT, and HGTV, HBO and Cinemax. Sling TV can be watched outside of the US by using a VPN app, which will allow you to stream Sling TV content without any restrictions.

Peacock TV is a video streaming site based in the United States, owned and operated by NBC Universal, offering popular shows like 30 Rock and having exclusive access to sports coverage like Premier League soccer matches. Sadly, for now, the service is only available in the US, but users outside of the US can still use a VPN to get a US IP address.

HBO Max has some of the best Series and movies available online such as Game of Thrones, Friends, The Big Bang Theory and many more. Unlike other streaming services, HBO Max relies on past content to attract future subscribers. Warner Bros has no plans on releasing HBO Max to Canadians, but a VPN can solve your issue.

ESPN+ gives you access to world-class sporting events and live streams across a variety of sports. While the main ESPN channel has the best coverage for NHL, MLB, and NBA. Also, ESPN+ excels in its coverage of niche sports such as MMA, Boxing, Lacrosse, Canadian Football, and many more. Sadly, ESPN+ is not currently available for Canadians.

Is Hotstar Available in Canada?

How Do I Get Disney+ Hotstar in Canada?

VPNs are a great way to get around regional restrictions on streaming services like Disney Hotstar. By connecting to a VPN server in a country where the service is available, you can trick the service into thinking you’re located there. This will allow you to stream content that’s normally unavailable in your region.

There are a number of VPNs that offer servers in India, so finding one that meets your needs shouldn’t be too difficult. Once you’ve signed up for a VPN service, simply connect to one of its Indian Hotstar servers and start streaming Disney Hotstar content. Keep in mind that some VPNs may throttle your bandwidth, so be sure to test the service before subscribing.

How Many Devices Can I Have On Hotstar Canada?

Just like in the United States, Hotstar Canada offers a subscription service that allows users to watch live and on-demand TV programming across a variety of devices. The app is available on smartphones, tablets, smart TVs, streaming devices, and gaming consoles. A single Hotstar account can be used to simultaneously stream content on up to two devices.

How Can I Get Hotstar on My TV?

There are a few ways to watch Disney Plus Hotstar on your TV.
One way is to use a streaming device like Roku, Apple TV, or Amazon Fire Stick.
Hotstar is also available on smart TVs. You can find the app in the app store or search for “Hotstar.”
Finally, you can use Chromecast to cast the Hotstar app from your phone or computer to your TV.

Is Disney Hotstar Worth It?

Disney Hotstar is a streaming site that offers movies, TV shows, and live sports. It’s a great way to watch your favourite content without commercials. You can also watch shows and movies as they air live. The app is available on Android and iOS devices.

Hotstar is an excellent option for people who want to watch Disney movies and TV shows. The app has a large selection of content, and you can watch it without commercials. You can also watch shows and movies as they air live. 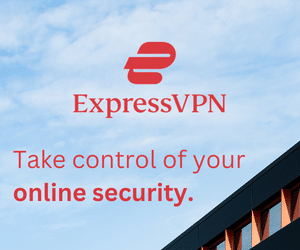